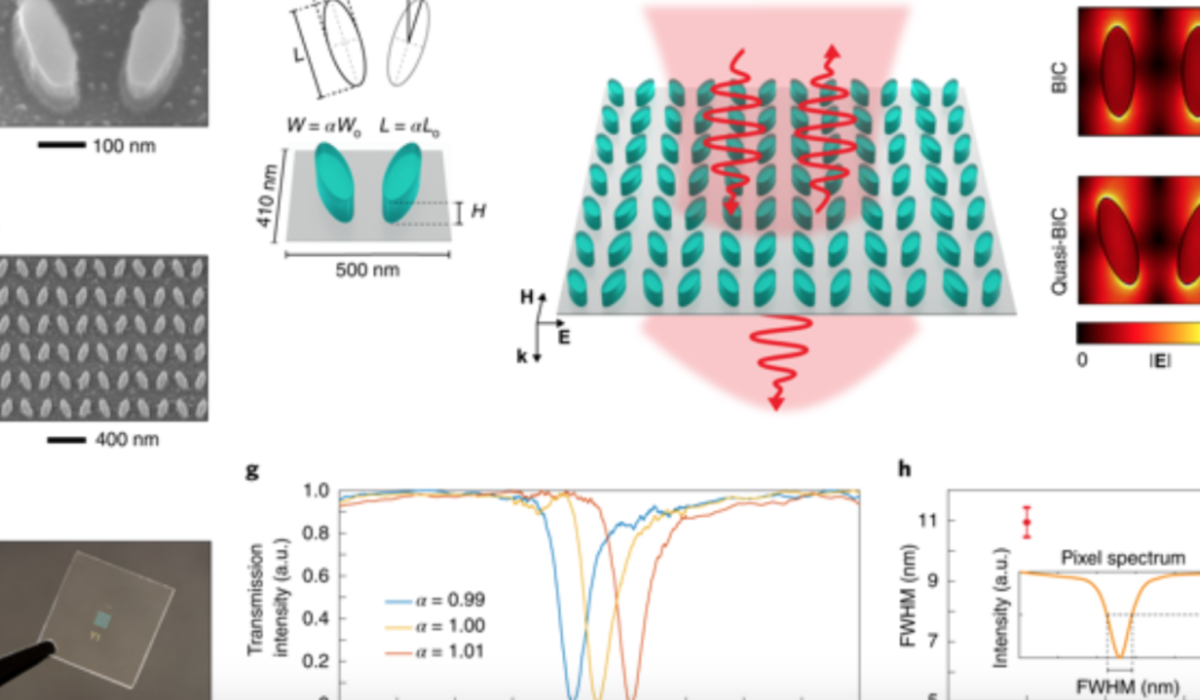 Hatice Altug and EPFL BIOS Laboratorycolleagues are developing photonic chips that count individual biomolecules and determine their location.  This could identify trace amounts of undesirable biomarkers in blood or saliva and serve as an early-warning system for disease.

The technology consists of an ultra-thin and miniaturized optical chip that,  coupled with a standard CMOS camera and powered by image analysis. It is based on metasurfaces. At a certain frequency, these elements are able to squeeze light into extremely small volumes, creating ultrasensitive optical ‘hotspots’.

When light shines on the metasurface and hits a molecule at one of these hotspots, the molecule is detected immediately, changing the wavelength of the light that hits it. By using different colored lights on the metasurface and taking a photo with a CMOS camera, the researchers cn count the number of molecules in a sample, and learn exactly what is happening on the sensor chip. First author Filiz Yesilkoy said: “We then use smart data science tools to analyze the millions of CMOS pixels obtained through this process and identify trends. We’ve demonstrated that we can detect and image not just individual biomolecules at the hotspots, but even a single graphene sheet that’s only one atom thick.”

The team also developed a second, simpler, but less precise, version of the system, where the metasurfaces are programmed to resonate at different wavelengths in different regions.

According to Altug: “Light possesses many attributes – such as intensity, phase and polarization – and is capable of traversing space. This means that optical sensors could play a major role in addressing future challenges – particularly in personalized medicine.”