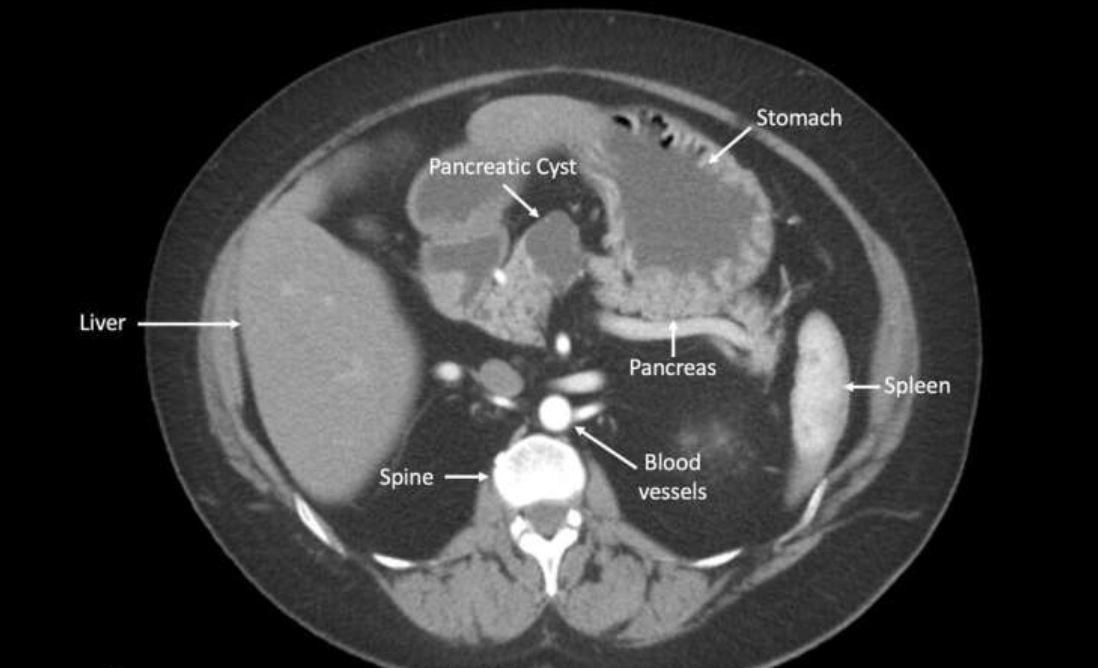 CompCyst is a proof-of-concept study, led by Anne Marie Lennon at Johns Hopkins, which uses AI to more accurately determine which pancreatic cysts will become cancerous. The test evaluates molecular and clinical markers in cyst fluids, and could significantly improve detection rates vs. current clinical and imaging tests.

In the study, the researchers evaluated molecular profiles, including DNA mutations and chromosome changes, of 862 pancreatic cysts. An algorithm developed by David Masicaclassified patients into the three groups: those with no potential to turn cancerous, for which patients would not require periodic monitoring; mucin-producing cysts that have a small risk of progressing to cancer, for which patients can receive periodic monitoring for progression to possible cancer; and cysts for which surgery is recommended because there is a high likelihood of progression to cancer.

Based on histopathological analysis of surgically resected cysts, the researchers found that surgery was not needed in 45% of patients. This unnecessary surgery was performed because the clinicians could not determine the cysts were dangerous. If CompCyst had been used, the researchers estimated that 60% to 74% of the patients (depending on the cyst type) could have been spared unnecessary intervention.