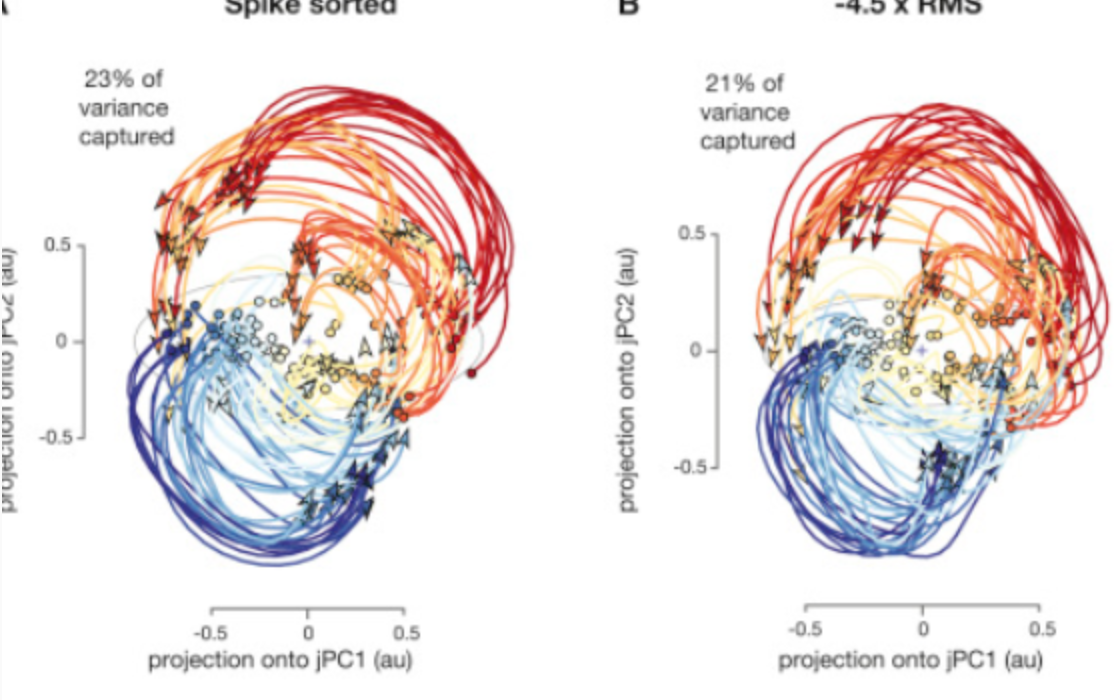 Building on his prior brain-controlled prosthetic work, Stanford’s Krishna Shenoyhas developed a simpler way to study brain electrical activity, which he believes will lead to tiny, low-power, wireless brain sensors that would bring thought-controlled prosthetics into much wider use.

The method involved decoding neural activity in aggregate, instead of  “spike sorting.”  Spike sorting must be done for every neuron in every experiment, taking thousands of research hours.  Future brain sensors, with 1,000 or more electrodes — up from 100 today — would take a neuroscientist 100 hours or more to sort the spikes by hand for every experiment.

In the study, the researchers used a  statistics theory  to uncover patterns of brain activity when several neurons are recorded on a single electrode. An electrode designed to pick up brain signals in mice used the technology to record brain signals of rhesus monkeys. Hundreds of neurons were recorded at the same time, and accurately portrayed the monkey’s brain activity, without spike sorting.

The team believes that this work will ultimately lead to neural implants with simpler electronics, to track more neurons, more accurately than before.