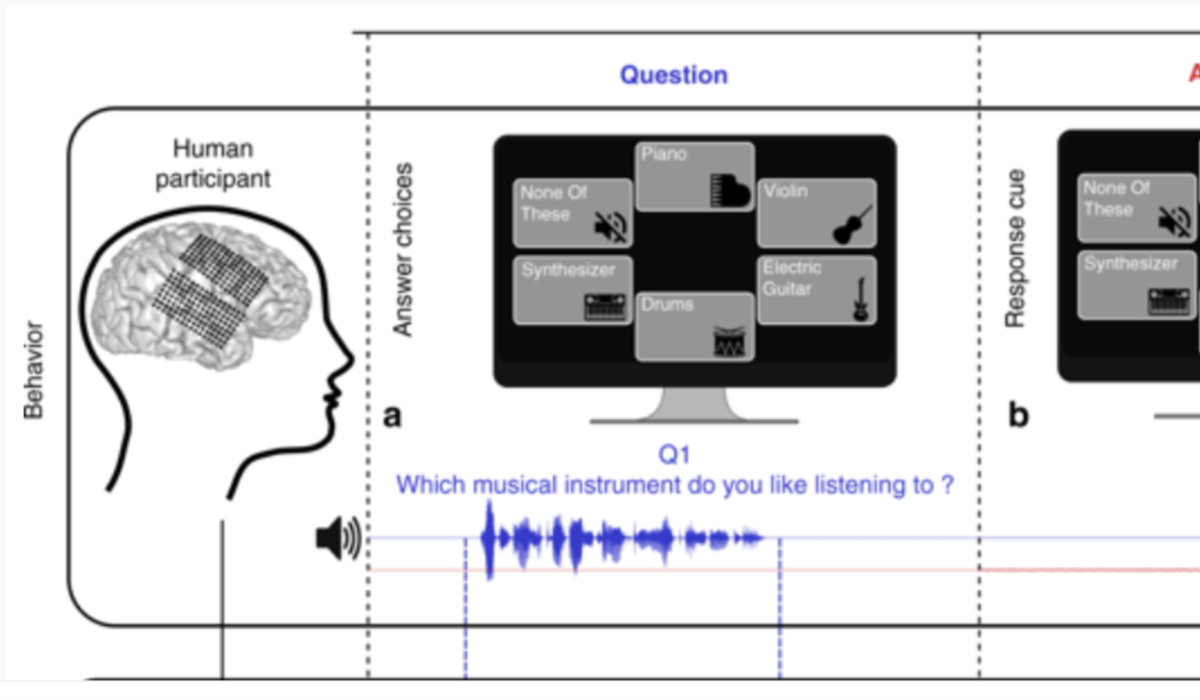 Subjects listened to multiple-choice questions and spoke answers aloud.  An electrode array recorded activity in parts of the brain associated with understanding and producing speech, and sought patterns that matched with words and phrases in real-time.

Participants responded to questions with one of several options while their brain activity was recorded. The system guessed when they were asking a question and when they were answering it, and then the content of both speech events. The predictions were shaped by prior contex. Results were 61 to 76 percent accurate, compared with 7 to 20 percent accuracy expected by chance.

This builds on Facebook technology described by Mark Chevillet at the ApplySci conference at the MIT Media Lab in September, 2017, and could result in the ability for the speech-impaired to freely communicate.