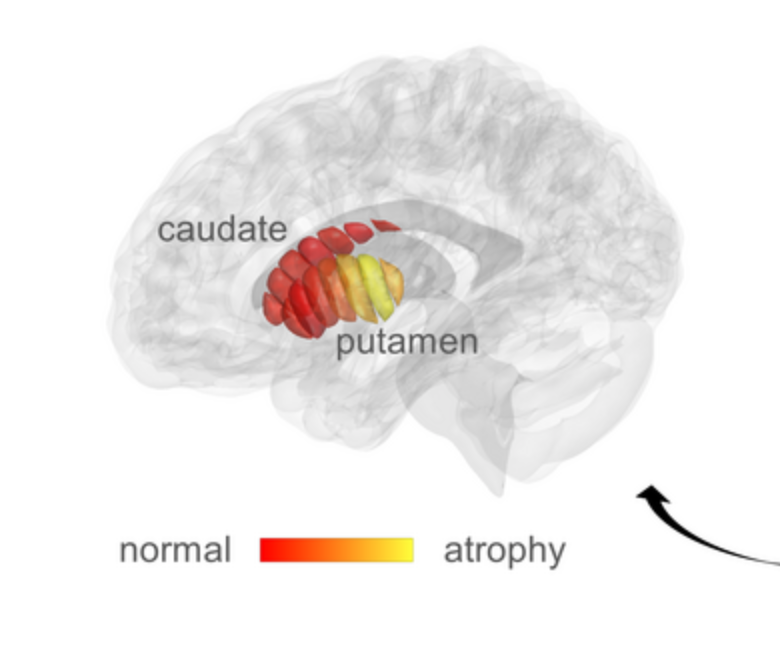 Aviv Mezer and Hebrew University colleagues used quantitative MRI to identify cellular changes in Parkinson’s disease. Their method enabled them to look at microstructures in the striatum, which is known to deteriorate during disease progression. Using a novel algorithm developed by Elior Drori, biological changes in the striatum were revealed, and associated with early stage Parkinson’s, and movement dysfunction.

qMRI achieves its sensitivity by taking several MRI images using different excitation energies. The researchers used this to reveal changes in the tissue structure within distinct regions of the striatum. Previously, the structural sensitivity of these measurements could only be seen post mortem.

Mezer’s goal is to facilitate early diagnosis of the disease, and provide markers for monitoring the efficacy of future therapies. He also seeks to identify subgroups within the population suffering from Parkinson’s disease – who may respond differently to some drugs than others, leading to personalized treatment. He will now use the technique to investigate microstructural changes in other regions of the brain. The team is in the early stages of developing a qMRI into a tool that can be used in a clinical setting.