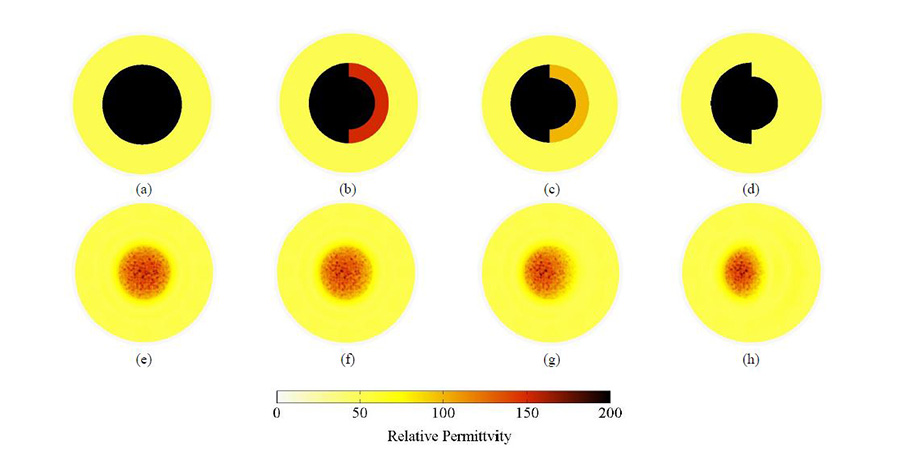 Infections in prostheses, for amputees, and in joint replacements, are common, often found too late, and can necessitate additional surgeries or worse complications.  Current detection methods include MRI, CT, and X-ray.

Ken Loh and UCSD colleagues have developed an infection detecting prosthesis coating + imaging technique that could be used at home or in a doctors office.  Prostheses are continuously monitored and quantitative diagnostic data about the extent and location of an infection is provided.

A thin-film sensor was sprayed onto a prosthesis to improve infection detection. The film is made of a conductive polymer matrix that is sensitive to pH, and carbon nanotubes, embedded in the matrix, to increase the material’s ability to conduct electricity more sensitively, regardless of the pH level. Infections caused by different microorganisms often change the local pH in human cells and affect their ability to conduct electricity.