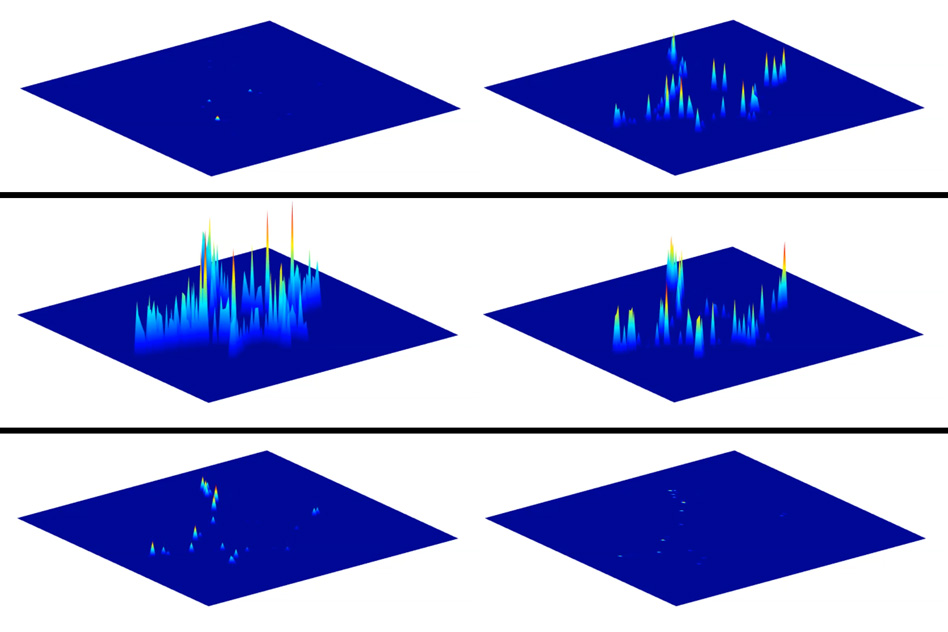 Unlike most other neurotransmitters, dopamine can exert its effects beyond the synapse. Not all dopamine released into a synapse is taken up by the target cell, allowing some of the chemical to diffuse away and affect other nearby cells. Tracking this dopamine diffusion in the brain has proven difficult. Neuroscientists have tried using specialized electrodes, but only 20 of the smallest electrodes can be placed near any given cell.

The carbon nanotube sensors used in this study are coated with a DNA sequence that makes the sensors interact with dopamine. When dopamine binds to the carbon nanotubes, they fluoresce more brightly, allowing the researchers to see exactly where the dopamine was released. The researchers deposited more than 20,000 of these nanotubes on a glass slide, creating an array that detects any dopamine secreted by a cell placed on the slide.

According to Strano: “We have falsified the notion that dopamine should only be released at these regions that will eventually become the synapses,” Strano says. “This observation is counterintuitive, and it’s a new piece of information you can only obtain with a nanosensor array like this one.”