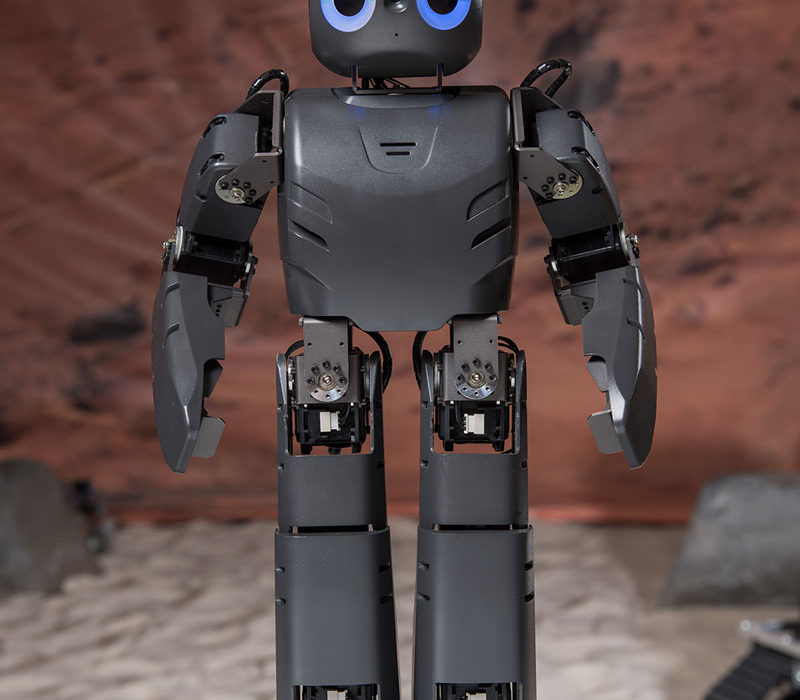 Specific targeting children with cerebral palsy (who are involved in current studies),  autism, or tbi, the robot is designed to function in the home, to supplement services provided by  clinicians.  It engages users as their human therapist would — monitoring performance, and providing motivation and feedback.In a recent experiment, motion trackers monitored user movements as Darwin offered encouragement, and demonstrated movements when they were not performed correctly.  Researchers claimed that wth the exception of one case, the robot’s impact was “significantly positive.

Darwin is still evolving (pun intended) and has not yet been commercialized.

At MIT,  Newman Lab researcher Hermano Igo Krebs has been using robots for gait and balance neurorehabilitation for stroke and cerebral palsy patients since 1989.  Krebs’s technology continues to be incorporated into  Burke Rehabilitation hospital treatment plans.