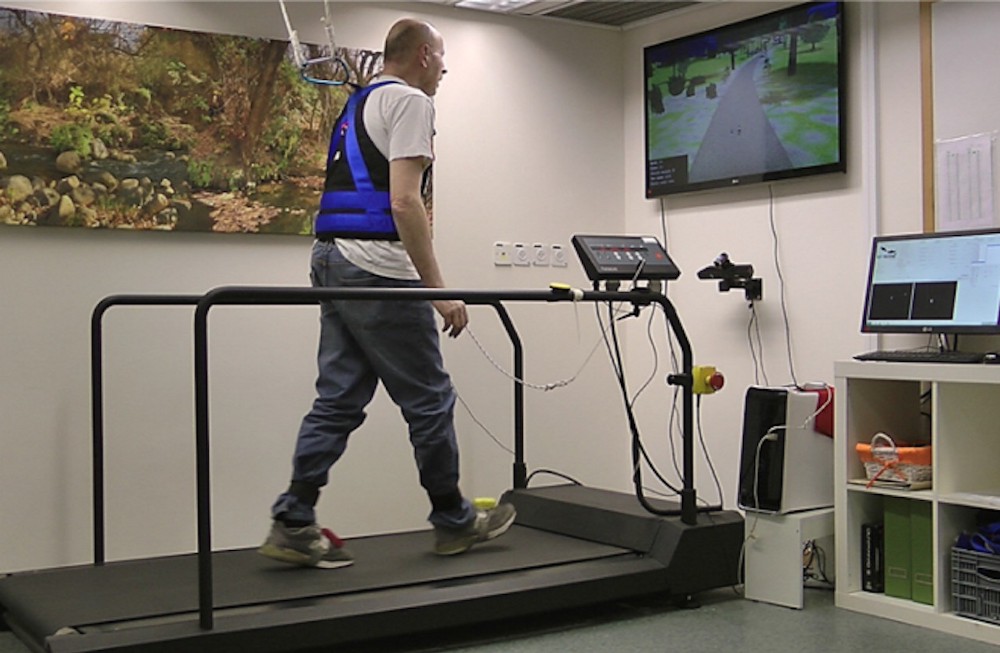 Tel Aviv University’s Jeff Hausdorff has created a virtual reality treadmill system in an attempt to prevent falls in Parkinson’s  and  dementia patients.

In a recent study of 282 participants,  146 did treadmill + VR training, and 136 did treadmill training alone. VR patient foot movements were filmed and shown on a screen, in order for them to “see” their feet walking  in real-time. The game-like simulation included avoiding and stepping over puddles or hurdles, and navigating pathways. It also provided motivational feedback.

Fall rates were similar in both groups before the training. Six months after, those who participated in the VR intervention fell 50% less. Those who did not train with VR had consistent fall rates. The biggest improvement was seen in Parkinson’s patients.

Patients can receive the combined therapy at the Hausdorff-led Center for the Study of Movement Cognition and Mobility at Tel Aviv’s Ichilov Hospital.