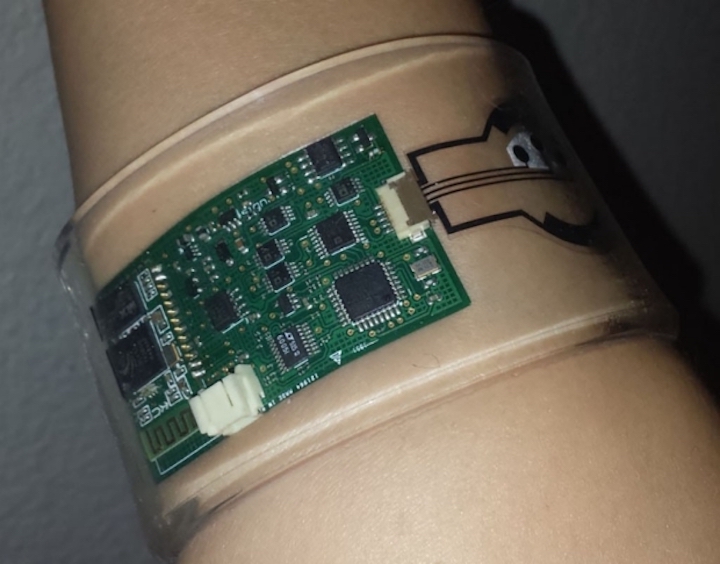 Carlos Milla, Ronald Davis, and Stanford and Berkeley colleagues have developed a wearable sweat sensor for detecting cystic fibrosis, diabetes and other diseases.  It can also aid drug development and personalization, and continuously monitor patients.

Conventional methods for diagnosing cystic fibrosis require a visit to a specialized center, where a patient does not move for 30 minutes, while electrodes stimulate their sweat glands. A lab then measures chloride ions in the sweat to diagnose the disease. This method hasn’t changed in 70 years.

The wearable sweat sensor stimulates skin to produce minute amounts of sweat, quickly evaluates the contents, and sends the data via phone, to the cloud, for immediate analysis.   The system is portable and self-contained, and ideal for use in children, and in underserved communities.

As CF is caused by hundreds of different mutations in the CF gene,  it’s possible to use the sensor to determine which drugs work best for which mutations.

The device was also used to compare levels of glucose in sweat to that in blood.