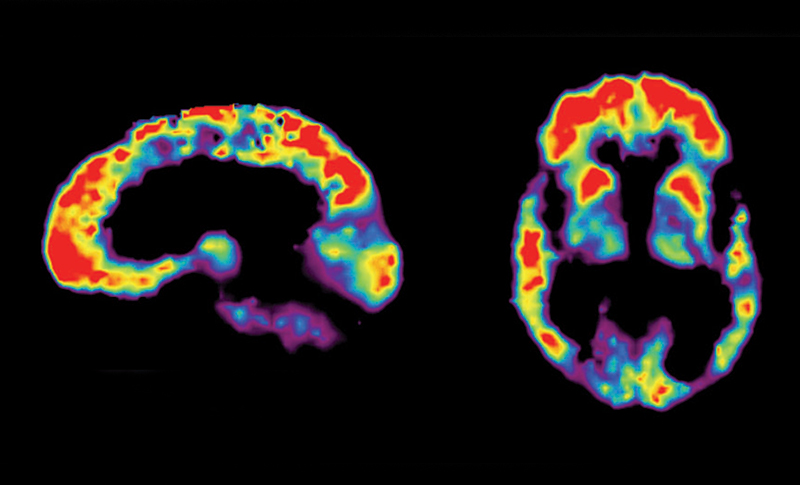 James Hendrix and Alzheimer’s Association colleagues are conducting a study to see how PET scans could change the nature of Alzheimer’s diagnosis and treatment.

4,000 of 18,000 subjects have been tested to date, with a stunning result showing that a significant portion of people with mild cognitive impairment or dementia who are taking medication for Alzheimer’s may not actually have the disease.

The PET scan determines if  MCI or dementia  patient brains contain the amyloid plaques that are one of the two hallmarks of Alzheimer’s disease. Among the 4,000 people tested, 54.3 percent of MCI patients and 70.5 percent of dementia patients had the plaques. A positive test for amyloid does not mean someone has Alzheimer’s disease, though their presence is thought to precede the disease and increase the risk of progression. A negative test means a person does not have the disease.

After seeing the PET imaging results, doctors changed their care plans for two-thirds of the patients in the study. According to Hendrix, “We thought we would be able to see about a 30 percent change, but we’re getting a 66 percent change, so it’s huge. We see high percentages of people who are on a drug and didn’t need to be on those drugs.”