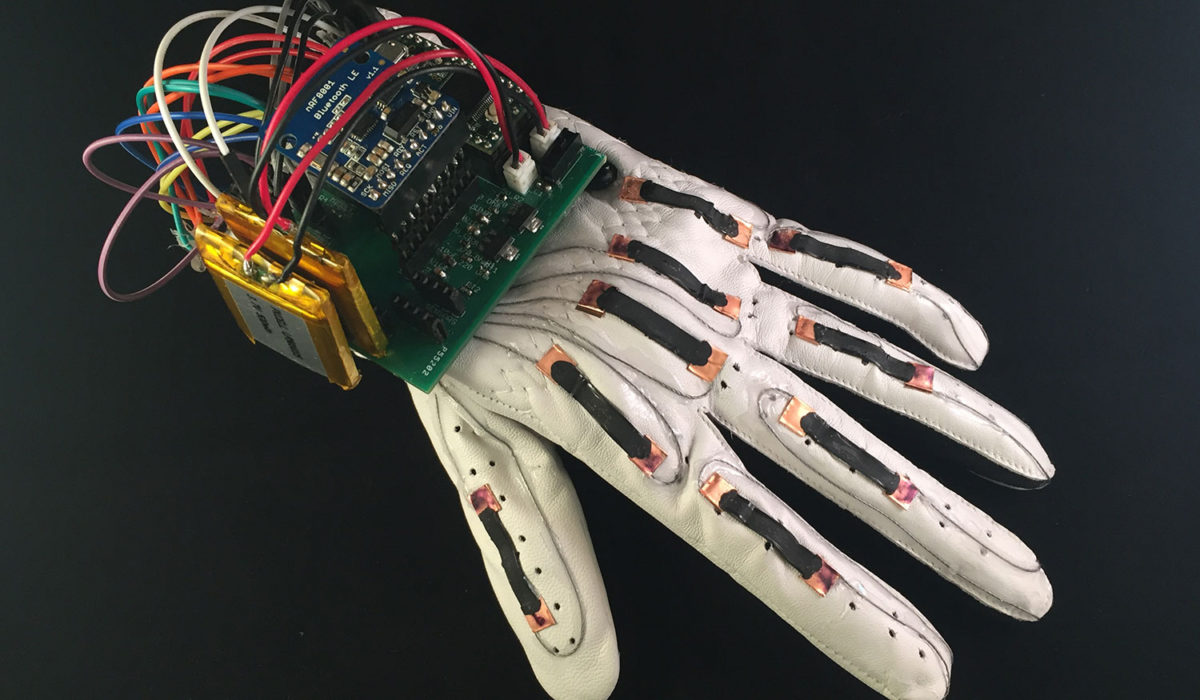 UCSD’s Timothy O’Connor and Darren Lipomi have developed  The Language of Glove — glove that wirelessly translates American Sign Language into text, and controls a virtual hand to mimic sign language gestures. It was built for less than $100 using stretchable and printable electronics.

Nine silicon-based polymer sensors, with a conductive carbon paint, were taped to the back and knuckles of a leather glove.  They  were secured with copper tape, and stainless steel thread connected them to a low power, custom-printed circuit board, at the back of the wrist.

The sensors changed their electrical resistance when stretched or bent. This allowed them to code different letters of the American Sign Language alphabet, based on the positions of all nine knuckles. The circuit board converted the  code into letters, and transmitted the signals via Bluetooth to a  phone or computer.

The team is investigating other uses for the glove, including VR, AR, telesurgery, technical training, and defense. The next version  is intended to have a sense of touch.