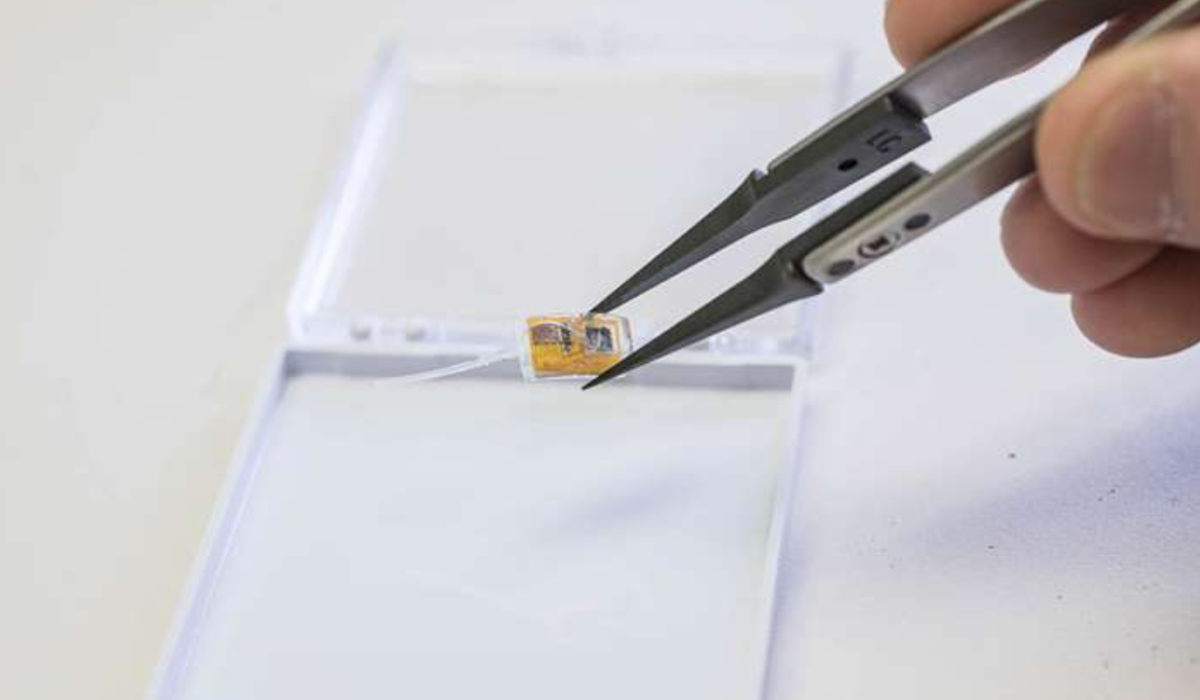 Caltech’s Azita Emami, Aubrey Shapero, Abhinav Agarwal and colleagues have developed a miniaturized, fully wireless, highly-sensitive, implantable, continuous pressure sensor that can remain in the human eye for four years.  The goal is early detection and treatment of glaucoma progression.

Current tonometer measurement, which requires anesthesia, only measures pressure during an appointment, and can miss many daily pressure fluctuations.

The device is implanted on the white of the eye and does not interfere with vision. It consists of a pressure sensor, control circuitry, and an antenna. With no battery, it small and long lasting. Radio waves from a handheld scanner are received by the antenna and generate a small voltage that temporarily powers the device, which then takes a pressure reading and sends the signal back to the reader, using the same antenna.

Encapsulation with liquid silicone and a polymer called parylene allowed the researchers to overcome the impact of fluid corrosion and tissue growth.  This is what enables the implant to remain in the eye much longer than previous devices.

A valve could also be added to release small amounts of fluid as tears, when pressure rises too high, creating a closed-loop glaucoma management system.