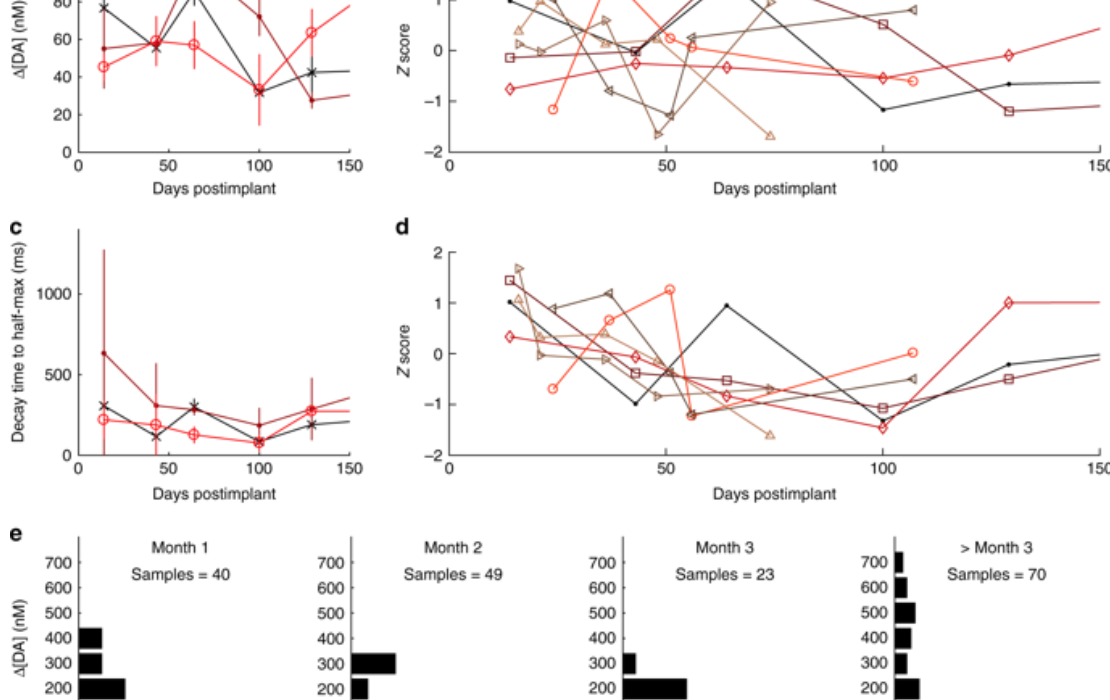 Helen Schwerdt, Ann Graybiel, Michael Cima, Bob Langer, and MIT colleagues have developed and implantable sensor that can measure dopamine in the brain of rodents for more than one year.  They believe that this can inform the treatment and understanding of Parkinson’s and other brain diseases.

According to Graybiel, “Despite all that is known about dopamine as a crucial signaling molecule in the brain, implicated in neurologic and neuropsychiatric conditions as well as our abilty to learn, it has been impossible to monitor changes in the online release of dopamine over time periods long enough to relate these to clinical conditions.”

The sensors arenearly invisible to the immune system, avoiding scar tissue that would impede accuracy. After  implantation, populations of microglia  and astrocytes were the same as those in brain tissue that did not have the probes.

In a recent animal  study, three to five sensors per were implanted 5 millimeters deep in the striatum. Readings were taken every few weeks, after dopamine release was stimulated in the brainstem, traveling to the striatum. Measurements remained consistent for up to 393 days.

If developed for use in humans, these sensors could be useful for monitoring Parkinson’s patients who receive deep brain stimulation.