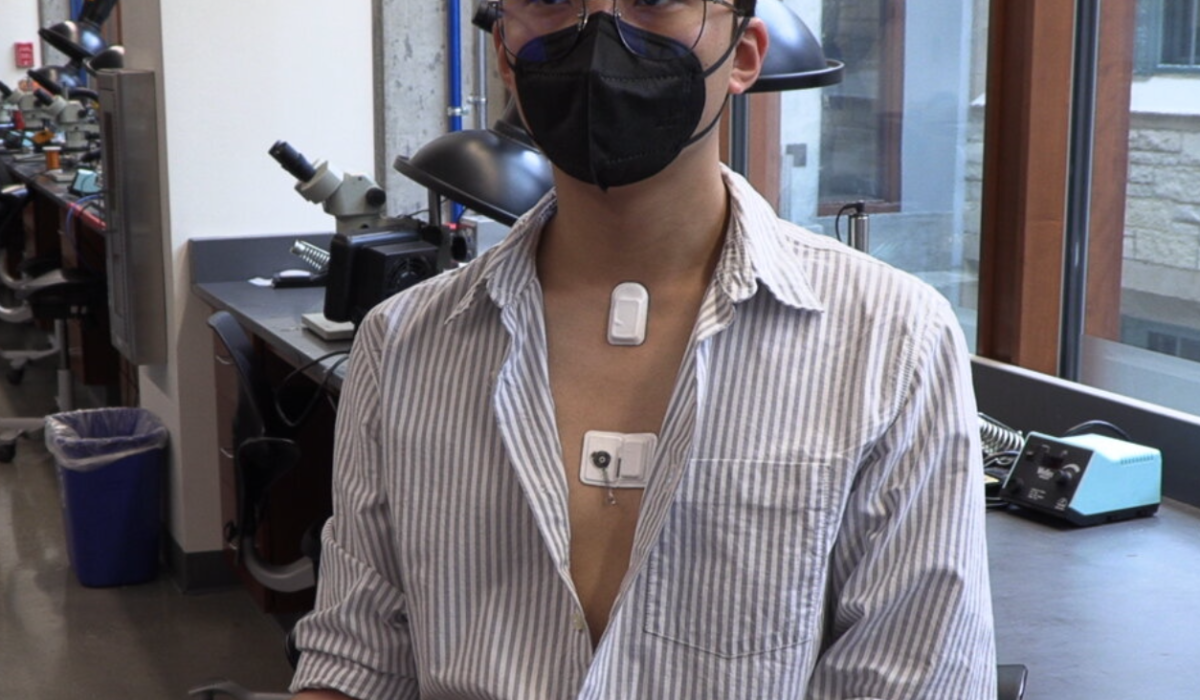 John Rogers and Northwestern colleagues have developed their second generation transient pacemaker, used post cardiac-surgery or for those awaiting permanent pacemakers. The new version, still implantable, wireless, and self dissolving after it’s no longer needed, works with a network of soft wearable sensors placed around the body.

The sensors communicate with each other to continuously monitor body temperature, oxygen levels, respiration, muscle tone, physical activity, and the heart’s electrical activity. Algorithms analyze the data to autonomously detect abnormal cardiac rhythms and decide when to pace the heart and at what rate. Physicians can remotely monitor the process through a phone or tablet. The pacemaker wirelessly harvests energy from a node within the network, eliminating the need for external hardware. When the sensors detect an issue (such as low battery power, incorrect device placement or pacemaker malfunction), a small, wearable haptic device vibrates in specific patterns to alert wearers of the problem.

Rogers said: “This marks the first time we have paired soft, wearable electronics with transient electronic platforms. This approach could change the way patients receive care providing multimodal, closed-loop control over essential physiological processes — through a wireless network of sensors and stimulators that operates in a manner inspired by the complex, biological feedback loops that control behaviors in living organisms. For temporary cardiac pacing, the system untethers patients from monitoring and stimulation apparatuses that keep them confined to a hospital setting. Instead, patients could recover in the comfort of their own homes while maintaining the peace of mind that comes with being remotely monitored by their physicians. This also would reduce the cost of health care and free up hospital beds for other patients.”

Rogers’ vision is of “multiple bioelectronic devices all talking to one another and performing different functions at different relevant anatomical locations” is a frontier area that he will continue to pursue.